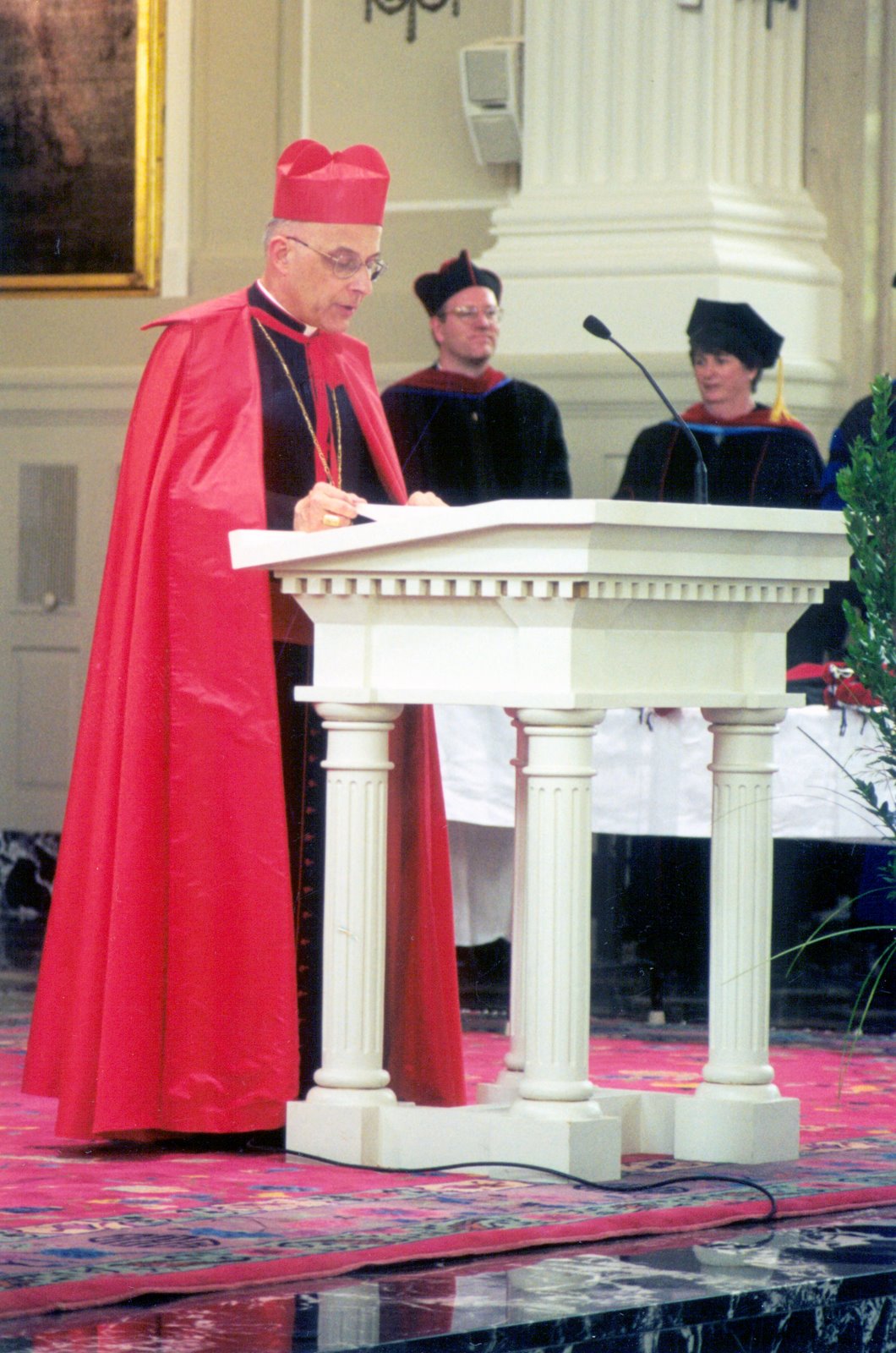 One year after the release of the motu proprio Summorum Pontificum, The Liturgical Institute at the University of Saint Mary of the Lake in Mundelein, Illinois, announced that it has added a required 3-credit course on the history and spirituality of the Extraordinary Form of the Roman Rite to its roster of classes. The Liturgical Institute was founded by Cardinal Francis George, Archbishop of Chicago (left) in the year 2000. Though the primary emphasis of the Institute involves the reformed liturgical books, this course comes in response to the call of Pope Benedict for freer study and use of the missal of 1962. In the summer and Fall of 2007, immediately after the release of the motu proprio, the Institute included several lectures on the topic in its Hillenbrand Lecture Series, including one by Rev. Dennis Gill, Director of Worship for the Archdiocese of Philadelphia, and another by Bishop Joesph Perry, Auxiliary Bishop of Chicago. The formal course, whose description is below, will be also be offered for priests and others not enrolled in the Institutes’s degree programs. ** clarification, July 25: this course is for the Master’s degrees at the Liturgical Institute, a separate graduate program in liturgical studies, not for the general seminary program of Mundelein Seminary.

LI 557 History and Spirituality of the Extraordinary Form

Pope Benedict XVI’s assurance in the Apostolic Letter Summorum Pontificum that every Roman Rite priest may offer the Eucharist and other sacraments according to the form of the rite that was preeminent prior to 1969, provides new opportunities for people to encounter a manner of worship that represents two millennia of exegetical reflection and theological contemplation. Now designated as the “extraordinary” form of the Roman Rite, the Mass that serves as the rite’s liturgical center requires careful consideration. The constituent structures of this eucharistic liturgy’s ordo missae, the content of its ecclesiastical propers, its protocols for integrating biblical readings and antiphons, and the complex character of its multiple eucharistic prefaces and single eucharistic prayer (Roman Canon) preserve a form of liturgical celebration that was already well-established in Europe and North Africa before the 5th century. Subtle but meaningful refinements in this liturgy were implemented by Popes Gregory the Great (7th century), Innocent III (13th century), Pius V (16th century) and, at the start of the Second Vatican Council, John XXIII (1962). In a two-part course that considers the history and spirituality of the Mass of the Roman Rite in its extraordinary form, students will examine the theological foundations and tangible traditions within the Mass whose antiquity and subsequent centuries of celebration on every continent testify to the capacity of liturgy to transcend historical epochs and cultural divisions.