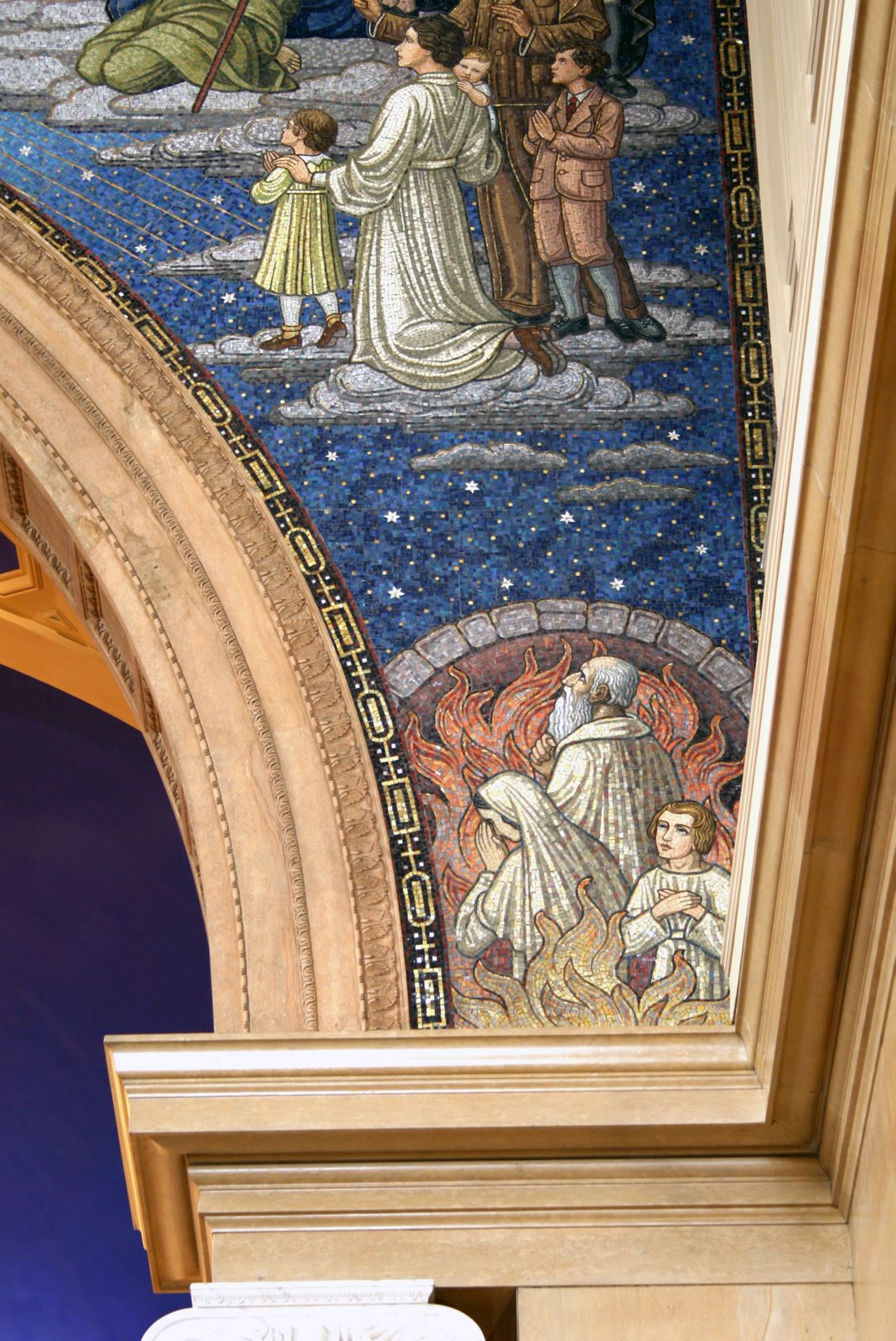 One of the most beautiful church buildings in America is the National Shrine of St. Maxmilian Kolbe, also known as Marytown, in Libertyville, Illinois, just north of Chicago. Here you will find Conventual Franciscan friars, confessions twice a week, 24/7 Eucharistic adoration and a stunning architectural ensemble of chapels with rich decoration.
One of the glories of Marytown is the mosaic above the arch of the sanctuary where the entire Mystical Body is shown adoring the Eucharistic Lord, including Dominican, Carmelite, Benedictine and Franciscan women religious, male religious, seminarians, a mother and father with children, Cardinal George Mundelein (who built the chapel) and even Pope Pius XI who was reigning when the chapel was built in 1930. (click thumbnails for larger views)
A most interesting feature of the mosaic is its inclusion of the souls in purgatory. They are shown under a little stone arch in flames, yet still worshiping the Lord as they exist on the edge of glory and burn for full union with God. These mosaics not only remind us to pray for the souls in purgatory, but show us the many communities of the liturgy which join in with the earthly congregation gathered in this chapel: the angels, saints, all of those celebrating the Mass across the world, and yes, even the souls in purgatory, who worship God as they wait for their release.
Marytown is definitely worth a visit on your next trip to Chicago.