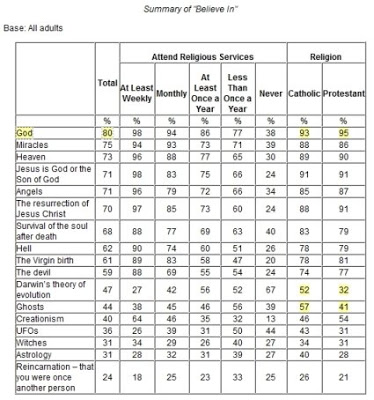 Looking over numbers from the Harris poll concerning religious belief in America is enough to make you pull your hair out. I guess it’s my own fault for searching for consistency and logic.

Here’s some numbers that jumped out.

This reminds me of someone I once heard say, “You don’t have to believe in God to be a good Catholic.” And he meant it. I think the term that needs defining for people is “Catholic.”

In the famous words of Inigo Montoya, “I do not think that word means what you think it means.” Because to me, these numbers are inconceivable.