People Mahony Has Not Banned

Cardinal Roger Mahony on Tuesday banned Holocaust-denying British Bishop Richard Williamson from any Roman Catholic church, school or other facility in the Archdiocese of Los Angeles.

If this isn’t piling on, I don’t know what is. The blog has had plenty to say about Bishop Williamson but this is pretty darn ridiculous coming from Cardinal Mahony.

In The Tidings, Mahony wrote:

In the Los Angeles Archdiocese, Williamson is hereby banned from entering any Catholic church, school or other facility, until he and his group comply fully and unequivocally with the Vatican’s directives regarding the Holocaust. Later this year, I, Cardinal Mahony, will visit Israel and pay my respects to the Jewish victims of the Holocaust at the Yad Vashem Memorial in Jerusalem.

Holocaust deniers like Williamson will find no sympathetic ear or place of refuge in the Catholic Church, of which he is not — and may never become — a member.

So CMR compiled this little list of folks that are still considered Catholics in good standing and very welcome in Mahony’s diocese: 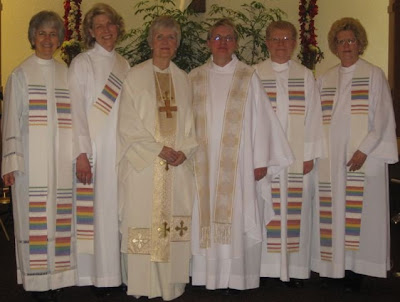