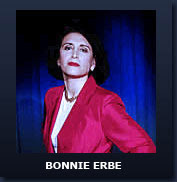 The completely correct and moral statement made by Pope Benedict XVI concerning condom usage in Africa was sure to meet the harumphs of the elite mainstream media who like only one thing less in this world than babies and that’s poor minority babies.

Here’s what the Pope said, “”AIDS cannot be overcome by the distribution of condoms.” Gasp!

Well this unhinged Bonnie Erbe of PBS and US News and World Report so much that any tether to reality which held her suddenly came undone, leaving the poor dear floating off into insanity. She accused the Pope of wanting children in Africa just so they could fill the pews of Churches. You see, the only reason someone like Erbe could imagine someone might want brown skinned babies alive is to exploit them in some manner.