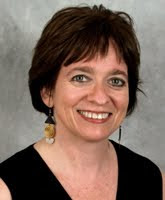 So when President Obama was thinking of nominating a hard-charging lesbian activist to the Equal Employment Opportunity Commission where else did he look but the faculty of the Jesuit Georgetown University.

And make no mistake, this nominee spells major trouble for Christian organizations.

President Barack Obama has nominated a lesbian activist lawyer to serve as a member of the Equal Employment Opportunity Commission.

“She has also worked on advancing lesbian, gay, bisexual and transgender (LGBT) rights and has been a leading expert on the Employment Nondiscrimination Act,” said the White House’s Sept. 14 statement.

Feldblum, working in the EEOC would be a disaster for Christian organizations as she wrote that:

“As a general matter, once a religious person or institution enters the stream of commerce by operating an enterprise such as a doctor’s office, hospital, bookstore, hotel, treatment center and so on, I believe the enterprise must adhere to a norm of nondiscrimination on the basis of sexual orientation and gender identity.”

Her point of view would seem to run counter to Obama’s promise at Notre Dame to ensure conscience protections.

It’s also been reported that Feldblum signed onto a radical online petition “Beyond Same-Sex Marriage: A New Strategic Vision for All Our Families and Relationships,” which advocated for polygamy.

I’m doing more research into this and I’ll keep you updated as I learn more. But it’s pretty depressing that 1) Obama is continuing to nominate such hard core lefties and 2) he’s finding them at Catholic schools.