In No Particular Order 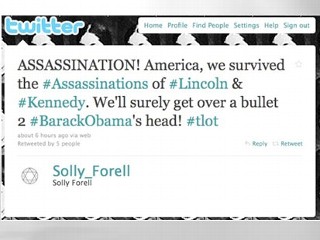 This is interesting in a really stupid way.

Acorn is shutting its doors.

The community organizing group Acorn announced Monday that it would close all its remaining state affiliates and field offices by April 1.

The organization is “developing a plan to resolve all outstanding debts, obligations and other issues,” said a statement released by the group.

During much of the early part of the day yesterday, the search was on for who shouted “baby killer” to Bart Stupak after his shameful capitulation to party at the expense of the unborn.

Of course, as is now known, it was Texas Republican Rep. Randy Neugebauer who shouted “It’s a baby killer” about the bill, not the congressman.

But while the whole search was going on I had visions of an “I am Sparticus” moment in which each real pro-life congressman would stand up successively on the floor of the house and proudly declare “I said baby killer”, “No, I said baby killer!” and so on. Now that would have been a moment.

And Lastly
You don’t tug on Superman’s cape
You don’t spit into the wind
You don’t pull the mask off the old Lone Ranger
And you don’t provoke Ann Coulter!!

What could those Canucks possibly be thinking? Even if they managed to provoke her into saying something that libertyless appartchiks could charge her for, that would be exactly what she would want. I mean, lets face it, why would Ann Coulter go to Canada for any reason other than getting arrested by the polite police. It is what she lives for.

Update: See? I told you.

London, Ont. — Inflammatory right-wing pundit Ann Coulter took aim at a University of Ottawa administrator Monday night, saying an e-mail from the school warning her to use “restraint, respect and consideration” when addressing Ontario students during a speaking tour this week made her a victim of a “hate crime.”

Exit Question.
Do you think that on Sunday 50,000 sick Canadians let out a collective cry of “Oh, Merde!”???