Whoomp! There Obama Is? 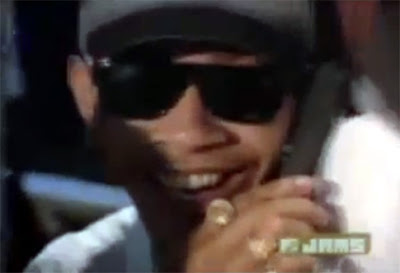 Hilarious. If that ain’t Barack Obama in 1993’s “Whoomp There It Is” it’s a dude that looks an awful lot like him.

I can’t wait until someone asks Robert Gibbs about this. Can someone get me in Helen Thomas’ old seat just for one day? In deference to Helen I’ll ask, “Is it true that the Jooooooooos forced Obama to appear in this video?”

Freeze the video at 1:01 and tell me what you think.