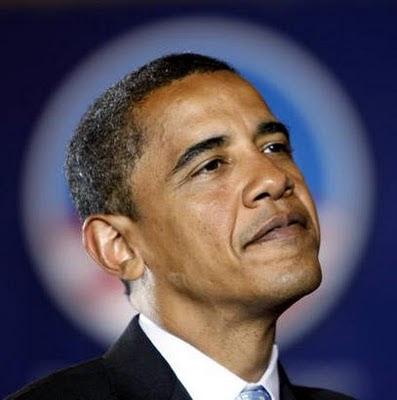 ‘Cause devout Christians who pray every day do these kind of things.

On September 15, 2010, Obama’s addressed the Congressional Hispanic Caucus. In his Obama quoted from the preamble to the Declaration of Independence. Except is wasn’t an exact quote.

“So let me close by saying this. Long before America was even an idea, this land of plenty was home to many peoples. To British and French, to Dutch and Spanish, to Mexican — (applause) — to countless Indian tribes. We all shared the same land. We didn’t always get along. But over the centuries, what eventually bound us together — what made us all Americans — was not a matter of blood, it wasn’t a matter of birth. It was faith and fidelity to the shared values that we all hold so dear. We hold these truths to be self-evident, that all men are created equal, endowed with certain inalienable rights: life and liberty and the pursuit of happiness.”

Endowed with certain inalienable rights….endowed by whom Mr. President?

“We hold these truths to be self-evident, that all men are created equal, that they are endowed by their Creator with certain unalienable Rights, that among these are Life, Liberty and the pursuit of Happiness.”

Of course, Mr. Thin-Skinned will complain that Rush Limbaugh is somehow responsible for Americans questioning his religious sensibilities.

You can redact the Creator all you want Mr. President, the rest of us still know from whence come these inalienable rights.