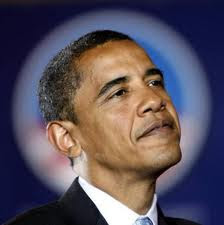 You know, I’m starting to think this is a thing.

Weasel Zippers reports that Barack Obama omitted the “Creator” as the source of his “unalienable rights” on Monday at a fundraiser for the Democratic Senatorial Campaign Committee (DSCC). This is the third time he’s done this in recent memory.

Here’s what he said:

As wonderful as the land is here in the United States, as much as we have been blessed by the bounty of this magnificent continent that stretches from the Atlantic to the Pacific, what makes this place special is not something physical. It has to do with this idea that was started by 13 colonies that decided to throw off the yoke of an empire, and said, “We hold these truths to be self-evident, that all men are created equal, that each of us are endowed with certain inalienable rights, that among these are life, liberty and the pursuit of happiness.”

The first time he did it the White House said it was all just a big mix up. But now that it’s the third time.

Hmmm…I wonder who he thinks grants rights to people.