Do You Trust Chris Christie? 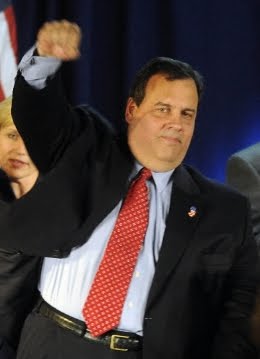 Chris Christie, the first pro-life Governor of New Jersey. That’s a pretty awesome moniker for a guy who used to be publicly pro-choice.

But in many ways Christie in power has been very conservative. His very public battle with the teacher’s unions have become legendary. He’s a YouTube hit. Some talk radio hosts have even started daydreaming and doodling in their spiral notebooks “President Chris Christie.” Word also has it that the GOP initially asked Christie to deliver a response to the State of the Union (which he declined.)

In short, his star is on the rise.

Pro-lifers have watched Christie carefully. And there have been some good things. Christie’s battle to defund Planned Parenthood has been epic. And now there’s talk of doing the same thing on the federal level. And yesterday Christie spoke publicly at a pro-life rally. Check out what he said:

– “Every life is precious and a gift from God,” said Christie, coatless on the coldest day so far this winter, before hundreds of children and adults.

The Republican governor, who once was an abortion-rights advocate – or as he told the crowd, “not always on your side” – said his views changed after he heard the heartbeat of his daughter, Sara, now 14, three months into his wife’s pregnancy.

“It was at that moment that it became clear to me that that’s a life that deserves protection,” Christie said. “This is an issue whose time has come.”

Keep in mind no group has been lied to more than pro-lifers. We’ve been burned pretty much by everyone who could burn us. So pardon us if we’re a bit relucatant to buy into any pol that promises to be pro-life.

There’s a lot to like about Governor Christie but I’m honestly not sure yet. You?