Media Attacks Man for Crime of Supporting Trump While Black 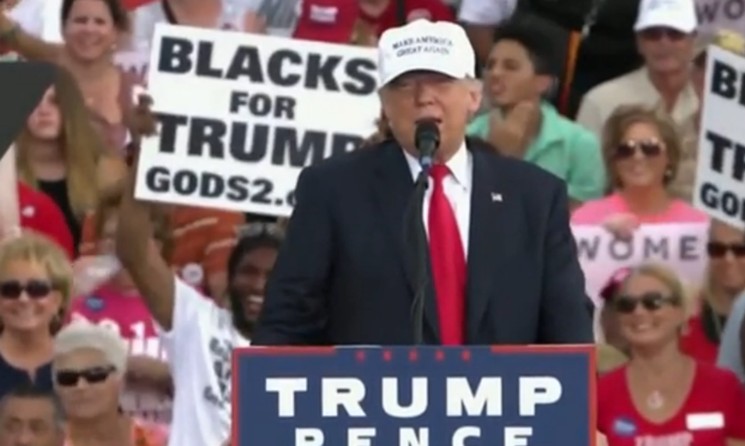 The Washington Post is now running a story titled “The strange story of that ‘Blacks for Trump’ guy standing behind POTUS at his Phoenix rally.” (No links for asshattery.) But this is what they do if you cross them. And let’s face it, this guy is crossing them.

They’re going to “Joe the Plumber” this guy now for the crime of standing behind Trump while black.