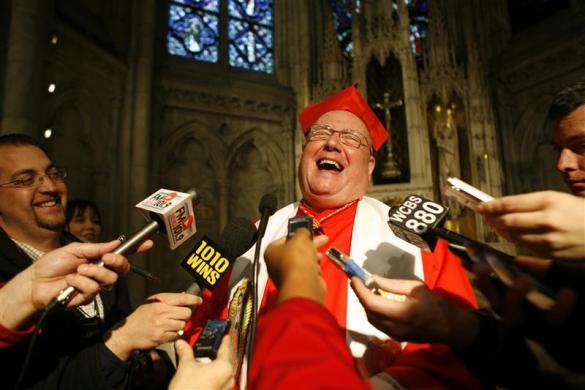 Just please consider that many clergy lashed out publicly against the Covington Catholic children but have been silent about the abortion law in New York. Think about what that says about the state of the Church in America.

Those young people from Covington went to D.C. to protect babies. Many of our shepherds failed to protect those who stood up for the most vulnerable among us. Not only did they not protect them, some even turned on them.

It took the Archdiocese of Baltimore less than 24 hours to throw the Covington kids under the bus. I don’t even know why they felt the need to get involved. It’s just any opportunity to crap on pro-lifers is taken, right?

So it took them less than 24 hours to condemn but it took FOUR DAYS!!! for them to recant. And it’s not even a full recant.

The annual March for Life is a magnificent affirmation of the value and dignity of human life. It is especially wonderful that so many young people from all around the nation participate in this March and the Archdiocese of Baltimore applauds them for doing so. How sad, then, that this life-affirming event was marred by the widely reported confrontation at the Lincoln Memorial. It has become apparent, however, that initial reports of that incident were at best incomplete. Those incomplete reports led many, including the Archdiocese of Baltimore, to speak out too hastily. We apologize for doing so. It is our hope that the young people involved were in fact acting in accord with the truth and values that are foundational to Catholic education. We also hope that this sad incident will give to all a renewed determination to respect the life and dignity of every person without exception.

You know, I’m starting to think that many in the clergy don’t really care all that much about children.

And this pic is for all of you who thought that a shepherds job is to protect, not attack and condemn children. Just ’cause: