This is Religious Liberty in Today’s America 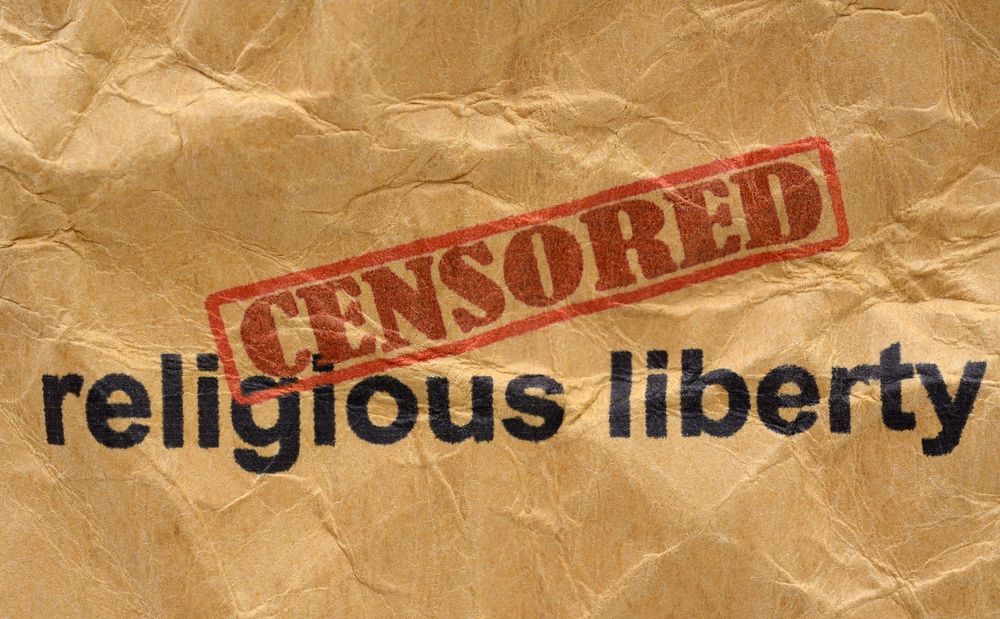 This is the state of religious liberty in our country right now.

A group of atheists, whose headquarters may or not be “My Stepfather’s Steve’s (who’s totally a jerk) basement” got upset over the Nativity being displayed at an Oklahoma public school. So a letter was blasted out and the school district quickly reached for their “how to cave” guidebook and decided that the school would continue to recognize Christmas but this time, without three minor characters: Joseph, Mary, and Baby Jesus.

Chisholm Elementary School’s third grade Christmas play after atheist group Freedom from Religion Foundation sent a letter claiming the school is violating the Establishment Clause. Sure, it’s been part of the school’s tradition for over three decades but it’s like so totally offensive that it’s making the supertolerant atheists tweet angry messages about Nazis and other mean people.

Now, here’s my favorite part. A school district spokesperson said that changes were made to this year’s Christmas program “to ensure the program’s content celebrates and respects the religious practices, customs, and traditions of the season while meeting the current legal standards.”

So the school is “celebrating” and “respecting” Christianity by hollowing it out and dropping Jesus, Mary, and Joseph.

Meanwhile, the University of Southern Maine is respecting religious liberty, that’s for sure.

The public university is promoting an atheist student’s art display of a desecrated Bible and demonic images covering Jesus’ face.

The display consists of a Bible with torn pages that are painted orange to look like flames. According to The Kennebec Journal, satanic images cover the face of Christ in the display.

Harris told the Journal that the piece is supposed to symbolize challenges to religious authority.

Yeah, we all know the bruising grip of authority that the Church holds in America today, right?

Todd Starnes described it:
“He actually ripped pages out of the Bible and painted them to look like flames from the lake of fire. Then he took portraits and paintings of Christ and in place of the face of Jesus, he placed a satanic image. You can actually see the Nativity scene with Mary cradling the Christ child and there is an evil satanic face on the Christ child.”

So when’s the public college going to exhibit a desecrated Quran or satanic images of the Islamic prophet Muhammad?

“Here in the United States of America, only Christians and Jews are allowed to be attacked for their religious beliefs,” Starnes said.