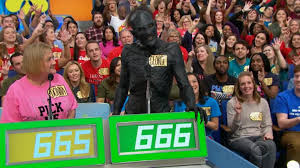 The popular game show “The Price Is Right” will air a controversial show May 11 with drag queen RuPaul playing to raise money for the Planned Parenthood abortion chain.

The prime-time special “The Price Is Right at Night” with host Drew Carey will air at 8 p.m. on CBS, according to Broadway World. RuPaul will be playing to raise money for Planned Parenthood while other contestants will be competing for prizes, the report states.

Maybe for that show, you could have Planned Parenthood employees bid on the prices of baby parts and the one with the closest price WINS!!!

Oh, and then David Daleiden goes to jail just for giggles.

The Price is Right announcer always says “Come on Down.” Well, you can’t get any lower than this.