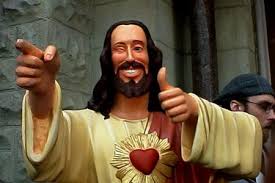 The Bible…Now with Less Jesus!!!

PJ Media: “The Chinese Communist Party has ratcheted up its crackdown on religious freedom, and sources say President Xi Jinping is working on rewriting the Bible itself to “create a new version of Christianity shorn of its transcendent visions and values.”

Wait. This is supposed to be big news? Yawn. Boooooring!!! Jesuits have been doing this for years.

We’ve had “Cool Jesus” for years. We’ve had all the miracles explained away as “the real miracle was the sharing.” You see, we’re the real miracles. We don’t really need God. Get it?

I’m sure glad the Vatican reached an agreement with China a few years ago. Think how bad it would be if they hadn’t.