No Place in the WNBA for US Flag? 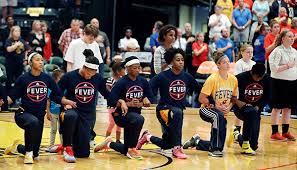 First, the most surprising news. The WNBA still exists. I know, right?

And that’s crazy enough to warrant players calling for her to be booted out of the league. And it might just happen.

Los Angeles Sparks star Candace Parker said, “there is no place in the league” for Loeffler. Many of the WNBA’s biggest stars (if by biggest stars you mean people whose names I might’ve seen mentioned on ESPN once or twice) including Skylar Diggins-Smith, Natasha Cloud and Sue Bird said Loeffler should be removed from the league.

These folks keep excluding and they’re not really in a position to exclude. The WNBA is already a loss leader and just kept going so the NBA can virtue signal.