My Heart Breaks in Advance 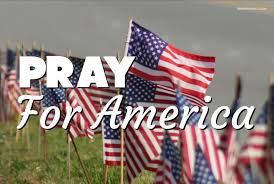 My heart breaks in advance for whoever President Trump nominates to the U.S. Supreme Court. This person and their families will be threatened with violence, dragged by the media, and harassed endlessly.

I can’t believe we’ve come to this point but we’re here now. What the left did to Kavanaugh was hideous. I believe it will be worse for whoever is nominated to fill Ruth Bader Ginsburg’s seat.

Amy Coney Barrett seems to be the favorite right now. I’m pretty comfortable with her (but you never really know.) There’s not many better recommendations for a Christian than being berated by rabid Democrat Senator Dianne Feinstein ranting that “the dogma lives loudly within you.” I’d like to have that on my spiritual resume.

It really shows you how consolidated power has become in so few hands that the passing of one person throws our entire country into disarray. That’s not how this country is supposed to be.

I fear violence. I don’t know how the media will be able to continue covering for the violence because as of now they still pretend the violence isn’t political at all but merely a cry from the oppressed who have no other voice. Yeah, whatever. But once Trump nominates someone the directed violence and threats that will surely ensue will be unabashedly political in nature. They always were but it will just become a lot more difficult to pretend otherwise. I’m not saying they won’t. I’m just saying it becomes a little harder to pretend, even some CNN viewers might see through it.

Pray for the nominee and their family to have courage. This is going to get ugly. Pray for our country. This could get so much worse. We need people who are willing to stand up to such villainy. That’s not everyone. How many Supreme Court justices have we seen who bend over backwards and toss their princples overboard just because of peer pressure. Imagine that but a hundredfold for the next justice.