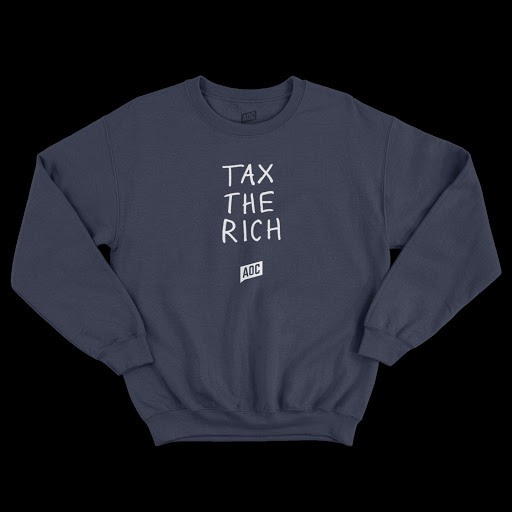 Alexandria Ocasio-Cortez  is hawking a new line of sweatshirts, one of which states “Tax the Rich” and it’s for the low low cost of $60.

Here’s the deal. If you can spend that much money on a SWEATSHIRT just to virtue signal you’re probably rich.

In that case, why not just send the $60 to the government. Cut out the middle man.

I’m not rich enough to be able to afford a $60 shirt just to try to impress people who aren’t worth trying to impress. But I also don’t want to take stuff I haven’t earned from the people who’ve earned it. I’m one of those guys. AOC is never going to make a shirt for jerks like me, because nobody ever became powerful by leaving people alone.

Never let it be said that this isn’t the land of opportunity, though. Less than three years ago, all you could buy from AOC was an overpriced mixed drink. Now she’s got her own clothing line, just for winning an election and saying a bunch of nonsense that liberals want to hear.