No Ash Smudges? How Else Will People See I’m Catholic? 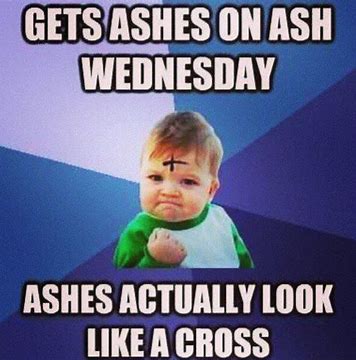 Instead of placing them on the forehead, Catholic priests have been directed  by  the Vatican sprinkle ashes on the head of the faithful during the observance of Ash Wednesday next month.

So we won’t get those odd smudges that look like Bob Ross was painting a little happy bush or a friendly cloud? Darn. It’s very rare to get anything resembling a cross.

But now that we’re just getting sprinkled there’s a problem. How else will people know I’m Catholic? I guess I’ll just have to figure out another way to show the world I’m Catholic like loving others or something.

Ashes were so much easier.