The Upside Down-ness of Things 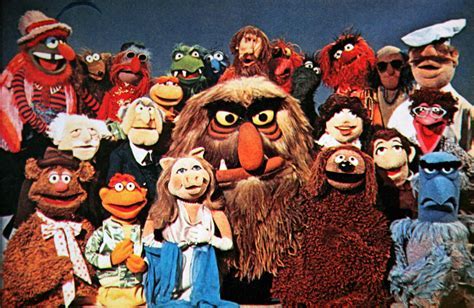 The weather has been unpredictable recently but there’s one thing we can count on. The culture will continue its march toward insanity.

Disney is releasing five seasons of the classic “Muppet Show” but the episodes will contain disclaimers that it is offensive and is only available to adults, The Post Millenial reports:

“This program includes negative depictions and/or mistreatment of people or cultures. These stereotypes were wrong then and are wrong now,” reads the message embedded before users get to watch the shows.

“Rather than remove this content, we want to acknowledge its harmful impact, learn from it and spark conversation to create a more inclusive future together. Disney is committed to creating stories with inspirational and aspirational themes that reflect the rich diversity of the human experience around the globe.”

The thing is, they don’t even believe it’s offensive because if they did they’d be saying this is offensive but we still want to profit off of it.

“Peter Pan” and “Dumbo” will also have the same disclaimer. But they still want to profit off of them.

Here’s the thing. They know it’s not offensive. They know what actress Gina Carano said wasn’t offensive too. It’s all about virtue signaling.

The New York Post pointed out that “Ironically, Disney’s live action film “Mulan” comes with no disclaimer whatsoever, despite what critics call obvious propaganda and the working together with genocidal and slavery-positive regimes in order to make the film.”

Someone is going to come along and create the most unpolitically correct show. Probably a comedy. They’ll put it on some service that can’t be silenced by the woke Big Tech overlords and it will become a monster hit. Once people start laughing at all this lunacy, is when it all falls apart.