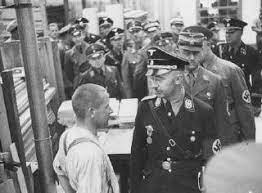 Murders in New York City rose 45 percent from 2019. Shootings saw a 97% increase. But Mayor Bill Di Blasio wants the NYPD taking on the responsibility of warning regular people who’ve committed no crime, not be be a hater.

If you say something online or in person that could be considered “hate”, even though you haven’t technically committed a crime, de Blasio thinks police knocking on your door would be a good idea.

“Even if something is not a criminal case, a perpetrator being confronted by the city, whether it’s NYPD or another agency, and being told that what they’ve done was very hurtful to another person and could have ever repeated lead to criminal charges, that’s another important piece of the puzzle,” said de Blasio. “One of the things officers are trained to do is to give warnings. If someone has done something wrong, but not rising to a criminal level, it’s perfectly appropriate for an NYPD officer to talk to them, to say that was not appropriate.”

Speech police. That’s what we’re talking about here. If you say something deemed hateful by the woke elitists, then police might knock on your door. This should shock any faithful Christian because this includes you talking about abortion or gender.

Speech is supposed to be protected but the mayor of New York City wants you to know Big Brother is watching and wants to drop a warning on you.

Antifa and BLM burn down stores and assault people and the city turns a blind eye and even discusses downsizing the police force. But if you post online that men should use men’s bathrooms, then the law may just come looking for you.