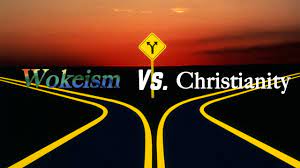 Great way to lay out the difference between wokeism, which is a religion, and Christianity followed by a conversation with Steve Deace and Jason Whitlock.

Tremendous conversation today with @WhitlockJason on the difference between Christianity and the religion of the political left, "Wokeism."