Why is She Allowed in the WNBA? 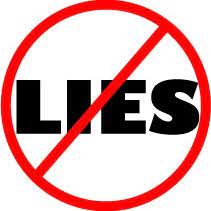 The WNBA is the “Women’s National Basketball Association.” That’s a fact. Sounds a little exclusionary, doesn’t it? But the important thing here are the facts that the WNBA is a league for women.

Given that, I ask why is Layshia Clarendon allowed to play in the WNBA?

“I feel very woman, and I feel very man. I feel both, and I feel neither …” declared Layshia Clarendon, the WNBA’s first openly non-binary transgender player, in a recent ESPN story. “… I feel like all the gender expansiveness that exists in the world is in me.”

So my question is if she is all genders why should she be allowed to play? Is she exclusively a woman on game day? Or is it that the officials in the WNBA don’t even believe al the BS they spew. Layshia Clarendon can say she’s a man or whatever but the league itself is allowing her to play in an all women’s league and is therefore admitting that she is, in fact, a woman.

This kind of blatant hypocrisy reveals that this has never about helping those with gender dysphoria or creating a more tolerant society. This has never been about tolerance or unity. It’s about submission. Yours.

The goal is to have you publicly admit something you all know to be untrue. That is your password into polite society. If you are unwilling to speak the unholy untruth, you will be shunned and cast out.

I will speak truth because Jesus is the way and the truth and the life. The other side offers only lies and death.

The choice is clear.