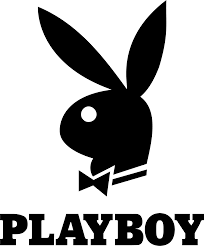 Gay Filipino social media influencer Bretman Rock, 23, is on the cover of Playboy’s 2021 digital issue “dressed as a Playboy bunny, wearing bustier-style lingerie, towering platform-style heels, black bunny ears, a bowtie, and a cottony white tail,” according to The Blaze.

Rock is gay, according to Pink News, and told the magazine, “For Playboy to have a male on the cover is a huge deal for the LGBT community, for my brown people community and it’s all so surreal. A total ‘Is this even f***ing happening right now?’ type of vibe. And I’m so pretty.”

I couldn’t care less about Playboy in general. You’d think I’d be rooting against them. But did you ever see the end of Terminator 2: Judgement Day. There’s a shapeshifting robot who is trying to kill our hero. As it’s tossed into the lava it changes forms, desperately searching for some form that would elongate its existence. It doesn’t work.

In the face of such deviancy, Playboy was forced to become merely digital and now they’re tacking woke in the hopes of creating some attention. They’re transmogrifying into something, anything that will prolong their existence. It will not work.

Playboy spokespeople often said that Christianity had to change in order to adapt to the modern world. Christianity, however, still exists. Playboy, in a very short time, will not. The culture races on to its own destruction and when we are all surrounded by the rubble of Western civilization, many will once again look to Christianity to rebuild.