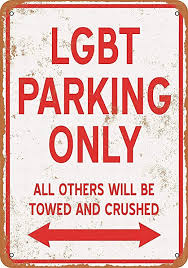 Today in “our obsession with inclusiveness is once again leading us back to segregating people” news, a car park in Germany is unveiling dedicated parking spaces for LGBTQ and migrant drivers.
The three “diversity” parking spaces were put up in an underground car park in Hanau city centre, according to the Daily Mail.

Hanau is considered a city of diversity already, the report noted. Hanau’s population was “already ethnically diverse” before the 2015 migrant crisis.

The aim of the spots was to “help people who feel a special need for protection,” according to Thomas Morlock, Chairman of the Supervisory Board of the lot.