Horror. Man on Video Vandalizes Our Lady of Fatima Statue Outside National Basilica in DC 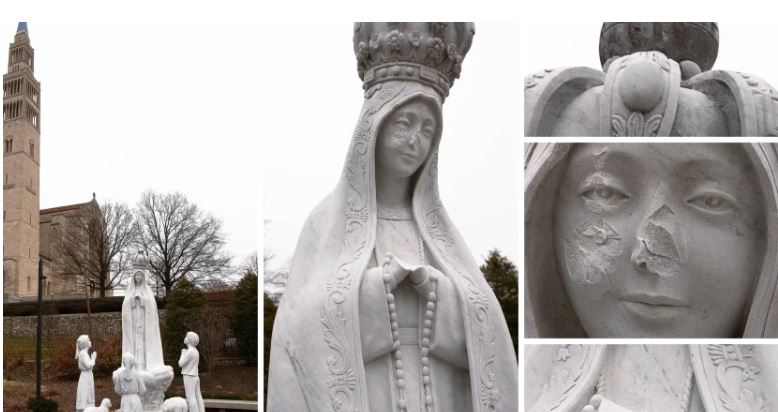 The search continues for the suspect who vandalized a statue of Our Lady of Fatima outside the Basilica of the National Shrine of the Immaculate Conception on Sunday. The incident was captured on film by a nearby surveillance camera.

Our Lady of the Immaculate Conception was declared as patroness of the United States in 1846.

The suspect is still at large.

This is the latest in a long line of vandalizations of churches across the US. This is not being reported in the mainstream media.

The U.S. Conference of Catholic Bishops said Oct. 14, 2021, that over 100 incidents of vandalism have been reported at Catholic churches and other Catholic sites in the U.S. since May 2020.