The Hermeneutic of Shutup!!! 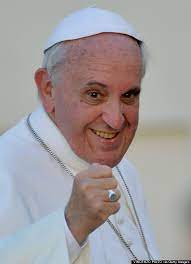 What a wonderful Christmas present for those who attend the Latin Mass.

Maybe if we called it the Latinx Mass they’d leave it alone.

LifeSiteNews.com: “The Vatican launched a new attack on the Traditional Latin Mass today when the Congregation for Divine Worship and the Discipline of the Sacraments (CDWDS) released a Responsa to eleven questions on the Latin Mass.

The Responsa implements severe restrictions on celebrating the sacraments in the traditional manner, as well as on priests who refuse to concelebrate.

The document was signed by the staunchly anti-traditionalist head of the CDWDS, Englishman Archbishop Arthur Roche. It is dated December 4 but was published December 18. It was approved by Pope Francis in November.

The document was uncompromising in its attitude towards the traditional ceremonies accompanying the seven sacraments.

“Is it possible, according to the provisions of the Motu Proprio Traditionis Custodes, to celebrate the sacraments with the Rituale Romanum and the Pontificale Romanum which predate the liturgical reform of the Second Vatican Council?” one dubia, or official question, asked.

“Negative” was the Congregation’s response.

It stipulated that diocesan bishops can only grant permission to use the “Rituale Romanum (last editio typica 1952),” and this permission is only to be granted in “canonically erected personal parishes,” such as those of the Institute of Christ the King (ICKSP), the Fraternity of Saint Peter (FSSP), or the Institute of the Good Shepherd (IBP). Five of the seven sacraments are contained in the Rituale Romanum: baptism, penance, Holy Communion, matrimony, and extreme unction.

This episcopal permission to use the Rituale should be granted by the diocesan bishop only “[a]fter discernment.”

The Responsa specifically ruled out bishops granting permission for the use of the Pontificale Romanum, which contains the sacraments of Confirmation and Holy Orders.

The aim to suppress the traditional Latin Mass is clear. The Congregation reminded bishops that Traditionis Custodes “intends to re-establish in the whole Church of the Roman Rite a single and identical prayer expressing its unity,” apparently in line with Vatican II and “the tradition of the Church.”

Why are we told to “accompany” everyone but the faithful?

One of the more offensive things I’v read is Pope Francis saying that he believes this move is in line with what Pope Benedict XVI had in line. That’s just silly and misleading.

I’m not a trad but I consider myself trad adjacent and certainly trad sympathetic and when I see one group getting hammered over and over by those in power I instinctively side with them. I believe many other Catholics are the same. These people deserve to be defended.