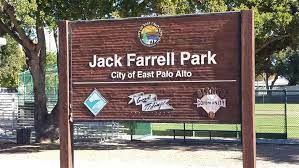 This is scary. How can a society last that values human life so little?

Maybe there’s enough hate and apathy to fill up every time and it just kind of makes itself evident by its targets. But it seems that we’ve got more than our fair share. Maybe we don’t but videos like this make me wonder.

Our cities are war zones and our media and political class ignore it. We shouldn’t.

Thankfully, I don’t think any of the dozens of children at the park were injured but a number of adults were. There’s no way to watch this and not feel heartsick.

A girl was recording video of herself playing a game of tag when a gun battle broke out in East Palo Alto Jack Farrell Park. Children ran for their lives as 33 shots were fired. 4 adults were shot.https://t.co/ptY1VhocQ7 pic.twitter.com/odGxSXwLV4