Swimmer Will Thomas Wants to Compete in Olympics in Women’s Division. 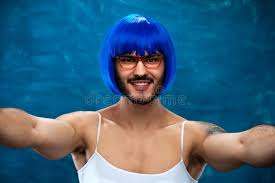 Here we go. The end of the Olympics for women. And feminists will cheer it on.

Fox News: Former Penn swimmer Lia Thomas, the focus of a media firestorm this year after transitioning and competing on the women’s team following three years on the men’s team, says she has a goal of competing in the Olympics.

“I knew there would be scrutiny against me if I competed as a woman. I was prepared for that but I also don’t need anybody’s permission to be myself and do the sport I love,” she said in the interview, which aired Tuesday on “Good Morning America.”

Thomas, 23, addressed concerns that despite going through a year of hormone therapy, she still had a physical advantage over other female swimmers.

“There’s a lot of factors that go into a race and how well you do and the biggest change for me is that I’m happy and sophomore year, when I had my best times competing with the men, I was miserable. So having that be lifted is incredibly relieving and allows me to put my all into training and racing,” Thomas said.

“Trans people don’t transition for athletics. We transition to be happy and authentic and our true selves. Transitioning to get an advantage is not something that ever factors into our decisions.”

I’m certain that all the Russian males who suddenly decide they wish to compete as women will all be doing it for reasons of pursuing internal peace.

I love how he denies any physical advantage.