In Response to Rising Tide of Violence and Desecrations, US Bishops Bravely Pen a Statement 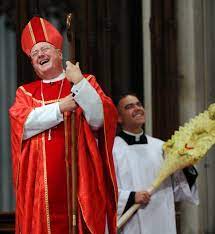 Let’s be clear here. Catholic organizations are being targeted for standing up for the defenseless. That is the reason it is being firebombed, targeted, and vandalized in record numbers.

Something has changed in this country. Violence from the left is excused and looked past and considered “mostly peaceful” or well intended. It’s not. It’s thuggery. It’s fascist. But people on the radical left have seen the government shrug in response to the firebombing. They have watched as the media ignored a near assassination attempt on a US Supreme Court Justice. They understand it’s open season.

The US Bishops, in response to the rising tide of attacks on Catholic churches and pro-life pregnancy centers, responded to this by…bravely issuing a statement.

That’s all. It’s essentially the same statement they released last year about the rising tide of violence and vandalism against Churches.

“The Catholic Church has a long history of service to those who are most vulnerable, including both mother and child, and remains the largest private provider of social services in the United States. From religious communities to pregnancy care centers, from refugee resettlement services to foster care and adoption agencies, and from maternity homes to parish-based ministries, the Church consistently bears witness in word and deed to the beauty and dignity of every human life.

“For two years now, Catholic churches have been attacked and vandalized at an alarming rate. In July of 2020, we strained to understand this violence. In October of 2021, we called on elected officials to condemn the attacks. This past January, we prayed that all religious communities would be free to worship without fear. Only rarely have the motives been clear; when they were, it was often opposition to the Church’s teachings on life in the womb.

“Since the leak of the draft opinion in Dobbs v. Jackson Women’s Health Organization, charities that support pregnant mothers in need have been firebombed, and pro-life organizations have been attacked almost daily and terrorized, and even the lives of Supreme Court justices have been directly threatened. In light of this, we urge our elected officials to take a strong stand against this violence, and our law enforcement authorities to increase their vigilance in protecting those who are in increased danger. We thank those who have already done so, and we encourage them to continue.

“Above all, each of us must choose the path of peace and open our hearts to the love that God has for his children. O Sacred Heart of Jesus, touch our hearts and make them like your own.”

OK. That’s all well and good but issuing a statement does nothing. Nothing. You are the US bishops. Stand up. Put down your crafted statement created by people beneath you and get out there. Call a press conference. Stand in front of a church that’s been lit on fire and desecrated. Stand amid the ruins of a crisis pregnancy center and demand the government do its job.

If you’re serious about preventing further violence, put down the pen and stand up and make your voice heard. Be seen. Be a leader. A shepherd.

The medium is the message. And a terse statement does nothing. Video is king. As long as the bishops hide being statements and press releases you’ll know they remain as unserious as ever.