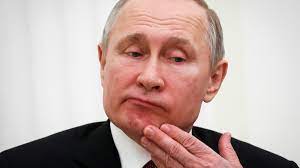 Dozens of bicycle organizations have confirmed that it is likely that Russian meddling was behind President Biden falling off his bicycle. So anyone showing videos of the president’s fall will be deemed a Russian asset and banned from social media.

In fact, there are already reports that a Russian may have been hiding behind a grassy knoll and somehow forced the bike over. Some have described the Russian as perhaps looking like this: