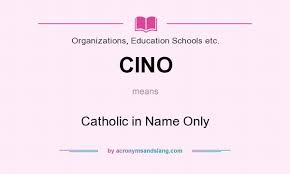 Many Catholic colleges and universities are now merely leftist institutions with crosses on some walls.

Campus Reform: Michael Knowles is now speaking out after he was denied the ability to address students at a St. Paul, Minnesota, college.

In the spring 2022 semester, College Republicans at the University of St. Thomas, a Catholic institution, attempted to invite The Daily Wire host, a practicing Catholic, to speak. The university denied the request due to Knowles’ past statements related to past comments expressing socially conservative opinions.

Knowles told Campus Reform, “My disinvitation from the University of St. Thomas is particularly ironic because I was disinvited specifically for espousing Catholic views.”

Emails obtained by the Foundation for Individual Rights and Expression (FIRE) reveal that the university cited Knowles’ previous comments on transgender ideology when they rejected the request.

“The school’s true religious grounding is leftism, not Catholicism. The school pretends to be Catholic, but the school contradicts basic Catholic teaching,” Knowles told Campus Reform. “When fundamental Catholic beliefs come into conflict with liberalism, or leftism, or political correctness, or whatever you want to call it, the school will side with leftism.”

Many Catholics consider these people cowards. Most of them are not. Some are but most aren’t. Most are evangelizing atheists or outspoken leftists who happen to work at a Catholic institution.

If only Catholics evangelized as openly as leftists.