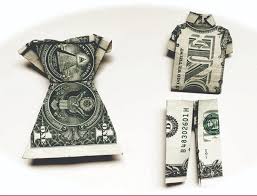 Matt Walsh has been uncovering the fact that Vanderbilt Hospital in Nashville, Tennessee is performing gender transition surgeries on minors as well as putting children on puberty blockers. This madness must stop. But why are we being resisted? It’s because, it turns out, gender transitions are a “Big Money” maker.

They are happily destroying children’s lives for money and power. It boggles the mind.

Vanderbilt opened its trans clinic in 2018. During a lecture the same year, Dr. Shayne Taylor explained how she convinced Nashville to get into the gender transition game. She emphasized that it's a "big money maker," especially because the surgeries require a lot of "follow ups" pic.twitter.com/zedM7HBCBe

Vanderbilt was apparently concerned that not all of its staff would be on board. Dr. Ellen Clayton warned that "conscientious objections" are "problematic." Anyone who decides not to be involved in transition surgeries due to "religious beliefs" will face "consequences" pic.twitter.com/CgNicrG4Mg

When they attack you for standing up to them remember they will call you a “hater” and a “fascist” and anything else they can think of. But in the end, you are interfering with their pursuit of money and power. It’s always about that, I guess.

In the end, for many, that is their god.