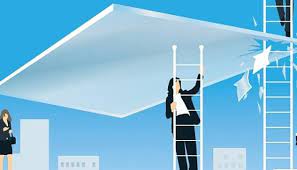 I thought breaking the glass ceiling was a big deal. No?

Seems like the media is only big on breaking the glass ceiling when it’s a socialist.

Here’s how the media is celebrating this huge victory for women.

The Atlantic: The Return of Fascism in Italy

The Guardian: Giorgia Meloni is a danger to Italy and the rest of Europe

So you get the idea. Here’s why:

This is truly prophetic stuff. This isn’t merely political, it is apostolic. And quoting Chesterton at the end is magnificent.

This woman better have airtight, and deathly loyal security. https://t.co/ghz5UBIYGM

So no glass ceiling celebration for her. She’s a Christian and a mother. Too dangerous.

Here’s the thing I don’t know a whole lot about this woman. But I do know that the media labels anyone who stands for traditional marriage and freedom as fascist so I just don’t believe them at all anymore. At all.