You Won’t Believe What Infamous Atheist Madelyn Murray O’Hare Told Her Own Child When He Accepted Christ. 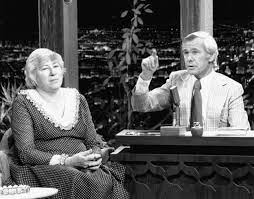 I guess a bit of background is necessary here. I’ll make it brief.

Madalyn Murray O’ Hare was the most famous atheist in America.

Saying she was fighting for her son who was an atheist, she spearheaded the battle against school prayer and won. It was she who pushed for banning reading of the Bible in school and won.

She wasn’t done. Madalyn founded the American Atheists and sued the city of Baltimore demanding that the state collect taxes from the Catholic church. She sued NASA arguing that public prayer ought to be banned by government employees in outer space. She also challenge the words under God in the pledge of allegiance as well as the motto “IN GOD WE TRUST” on currency.

Her son William Murray, however, became a Christian, much to the shock and horror of his mother. You’ll never believe (or perhaps you will) what his mother said to him when he informed her of his belief in Christ.

Reasons for Jesus has this:

“My family was definitely different. My mother tried to defect to the Soviet Union, she was a Marxist leader in the community, our neighbourhood was for the most part immigrants from many of those communist countries like Poland, from Hungary, from East Germany. And to have somebody in their neighbourhood who wanted to make this country like that one [resulted] in pretty much a lot of animosity towards the family and toward me.”

Murray grew up an atheist and was part of his mother’s plan to get schools to give up prayer. So what changed his mind? Murray explains,

“Well, I was raised in that atheist and marxist existence primarily because our family was so dysfunctional nobody could hold down a job. [However], I didn’t end up having that problem and I wound up being very successful in business [but] unfortunately although I got rid of the Marxism the atheism stayed with me, and instead of being an atheist Marxist I became a libertarian atheist and lived that libertarian lifestyle of thinking the only thing that is important is me and that everybody that can’t make it should just starve to death.

THE PROBLEM WITH THAT IS THAT THAT LIFESTYLE IS DESTRUCTIVE AND NEARLY DESTROYED ME, AND WHEN YOU GET DOWN TO THE POINT OF DESTRUCTION THERE IS THAT ONE WHO IS WILLING TO LIFT YOU UP OUT OF YOUR MUCH AND THAT ONE IS JESUS CHRIST.”

He continues, “Going back to that horrible lifestyle of thinking that you’re the centre of the universe and that the only thing important to you is booze, food and sex, that led to near self-destruction. Finally I turned to a 12 step programme in order to get out of it and I was getting out of it, and there was this mysterious God getting me out of it, and I wanted to know who that God was.

However, Murray’s 1980 conversion occurred while his mother was still alive. Apparently it didn’t go down all that well, and learning of this, she commented,

“ONE COULD CALL THIS A POSTNATAL ABORTION ON THE PART OF A MOTHER, I GUESS; I REPUDIATE HIM ENTIRELY AND COMPLETELY FOR NOW AND ALL TIMES… HE IS BEYOND HUMAN FORGIVENESS” (2).

These are undoubtedly some harsh words on the part of a parent so one would wish to know how it went down with Murray; he explains,

“Oddly it didn’t hurt that much because of how dysfunctional the home was that I was raised in. The number of times in which I had done something that was perhaps wrong in her eyes as a child and [after which] she looked at me and said “I wish abortion had been legal when I was carrying you”… she told me that to my face when I was younger. So this [statement] was nothing more than a continuation of that.

Murray captures all of this in his book, “My Life Without God, my first book which is autobiographical, has been in print for over three decades now, and interestingly enough it is as pertinent today as when I published it because people do not understand what the real case was about to remove prayer from public schools. They think it is about separation of church and state and it was not about separation of church and state.

There were many other issues particularly from my mother who filed the lawsuit the issue was a hatred for God and a hatred for capitalism. She was a utopianist, she was involved in magic thought when it came to economic matters and religious matters. She though that a human condition could be created on a utopian condition where the most intelligent, namely her and her friends, could devise a system that would equal God’s system in heaven.

And that there was no need for God, no need for capital, there was no need for any kind of competition [and] that all the needs could be supplied. Her actual, original reason for bringing this lawsuit was to get God out of the picture because she though that the church was the one of the three legged pillars that supported capitalism.

And by eliminating prayer out of schools, getting God out of the public, that that would eliminate the capitalist system… she was basically an avowed Marxist, utopianist, and this is why I understand that issue so well having been brought up in that type of environment.”

I’ve said often that God gave us free will and that those who hate God also hate freedom. Amazing story that this man found Christ. It is sad that his mother seemingly did not. So much anger. All for nothing. So sad.