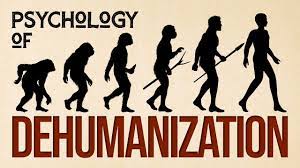 LifeNews.com: Democrats have said for decades that anyone who is pro-life hates women. But “The View” host Sunny Hostin made it clear during the latest episode of the infamous show that its liberals who actually hate women they disagree with politically. Hostin said women who vote Republican are “like roaches.”…

Her comments came in reply to a claim from Alyssa Farah Griffin that a red wave is coming where Americans are going to vote overwhelmingly Republican.

Hmmm. Does calling your political opponents demeaning and disgusting names like this have any parallel in history?

During the Holocaust, Nazis referred to Jews as rats. Hutus involved in the Rwanda genocide called Tutsis cockroaches.

Dehumanization is a step towards violence.

Gina Carano lost her job with Disney for warning about exactly this.

And then Sunny Hostin of The View actually does exactly that and what will happen?