Male Fertility Crash. Why Is Nobody Talking About It? 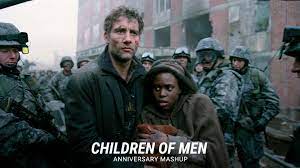 This should be considered an emergency. But there’s nary a word about this burgeoning catastrophe. Why?

Is it possible that whatever is crashing male fertility is profitable and nobody in power wants to change it? Could it also be that many of those in power are just fine with crashing fertility rates in men because they’re more worried about overpopulation than what’s harming men? Perhaps the overpopulation crowd is actually thrilled by this?

And don’t get me wrong, there’s probably some part of this that is just like “Men are sooooooo toxic, maybe a diminishing sperm count is a good thing.”

The Hill: The world is experiencing a quiet yet accelerating collapse in male fertility, according to a paper published Tuesday in the journal Human Reproduction Update.

The study found sperm counts fell by more than 51 percent between 1973 and 2018. And while sperm counts have been dropping for decades, the decline rate appears to be speeding up.

“I think it’s a crisis that we [had] better tackle now, before it may reach a tipping point which may not be reversible,” lead author Hagai Levine of the Hebrew University of Jerusalem’s Hadassah Braun School of Public Health told The Guardian.

Levine added to The Times of Israel that the findings “serve as a canary in a coal mine. We have a serious problem on our hands that, if not mitigated, could threaten humankind’s survival.”

The rate of decline since 2000 has been striking, the study found, with an observed 2.64 percent fall each year in the number of sperm per milliliter of semen — more than twice as large of a decline as that observed since 1978, according to The Guardian.