Wait. Is Italian a Color Now? 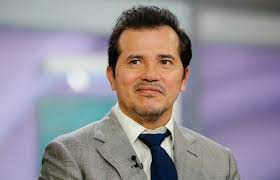 Actor John Leguizamo criticized the casting in Illumination’s upcoming The Super Mario Bros. Movie because he’s upset over its lack of an “actor of color” in the title role, according to Bounding Into Comics.

Mario and Luigi are supposed to be people of color? Since when did Italian become a color?

Or is this about Chris Pratt being suspected of being a Christian? Gasp. I know, right? Maybe leftists are mad anytime Chris Pratt gets a job.

Oh, and this is John Leguizamo pretending to be Asian in a movie nobody saw called The Pest.