If Only Teachers Could Marry Part MMDCCLXV 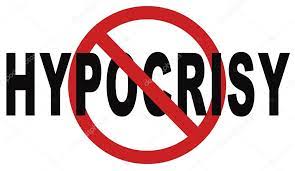 Yet another teacher has been arrested and found guilty of sexually abusing children and producing child pornography.

Gainesville.com: A former Gainesville preschool teacher has been sentenced to 120 years behind bars after being convicted on multiple counts of producing child pornography.

The U.S. Department of Justice announced Tuesday that Trevor Alec Hruby, 24, of Gainesville, pleaded guilty to four of his original five charges for producing imaging of children within his care.

In July, Hrubry was indicted for the crimes after being arrested a year earlier for sexually battering and molesting multiple children around 3 to 6 years old.

Why is it that when a priest does something horrible, it is the Church in its entirety that is guilty and must change its ways but schools, which have been proudly flying their freak flag and grooming children with drag queen story hours and rainbow spectrum children’s books, are not questioned at all?

Every instance is a lone wolf event in schools but any instance in the Church is a matter of systemic corruption that shows that the Church needs to “modernize” whatever that means.

The Catholic Church is told that it must allow priests to marry or else it is essentially pushing priests into abusing children? Any science to back that up? Of course not.

In October of this year Fox News ran a headline saying, “At least 269 K-12 educators arrested on child sex crimes in first 9 months of this year.”

Those numbers are horrifying.

But this is the response we get from the mainstream media:

To be clear, I’m glad that the Catholic Church gets absolutely roasted for the covering up of child abuse. Keep it coming. But I just also want to make it clear that many of those who are throwing rocks at the church in the name of protecting children don’t actually give a hoot about children. They just hate the Catholic Church. If they actually cared about children they’d actually investigate public schools. But they don’t.

The constant drumbeat that celibacy causes priests to sexually abuse children is not backed up in any study.

Many studies indicate that female victims of childhood sexual abuse out number males. So, either girls are abused more frequently than boys or report it more. I don’t know which. But it doesn’t really matter for the point I’m making. In one often-cited study by David Finkelhor, 27 percent of women and 16 percent of men reported childhood sexual abuse. In contrast, the John Jay report on the Catholic sex abuse scandal found that 81 percent of the alleged victims of clergy abuse were male.

Hmmm. There’s something to that, doncha’ think? Maybe that should be looked into?

Now, if you actually cared about children you’d take ALL the facts into your recommendations. But they don’t. They just recommend changing the thing they don’t like about the Church to begin with, which is the celibacy requirement.

I remember one of the big arguments for gay marriage like ten years ago was that nobody was going to make you marry someone of your sex. It had nothing to do with you if you were straight. It’s their choice. Nobody’s forcing their lifestyle on you. (That seems a bit antiquated now, huh?)

But if someone decides to give their life to God and remain celibate that somehow is beyond the pale. That must be stopped and looked at askance.

In short, this post is about the hypocrisy of those who pretend to care about children but just hate the Church. One must wonder where such a hatred comes from that it would take a primary position in their lives OVER that of protecting children. One wonders…