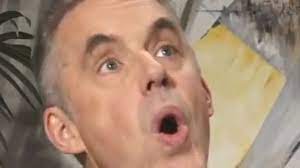 Oh come on Matt. This is Jordan Peterson. He’s a public figure. Nothing like this will ever happen to just regular old folks, right?

The Daily Citizen reports that “Dr. Jordan Peterson, the clinical psychologist, best-selling author, hugely popular lecturer, and professor emeritus at the University of Toronto, has announced through his social media posts that the College of Psychologists of Ontario has ordered him to undergo re-education therapy for his very public views, not on professional psychology and science, but mere politics. He is being threatened with the loss of his professional license if he does not submit to this outlandish demand that amounts to thought control.

This diktat from the College of Psychologists officially charges Peterson with lacking “professionalism in public statements on social media and during a January 25, 2022, podcast appearance.” Peterson must therefore admit that “I undertake to work with either [one of two specified people, one a Ph.D., the other a nurse] to review, reflect on and ameliorate my professionalism in public statements.”

The official parameters also state Jordan must agree that “If the Coach provides any unfavorable information about my practice, the Registrar may proceed to investigate new concerns…” Peterson is also required to agree that,

I understand that if the Coach does not provide a final report indicating that the acknowledged concerns, above, have been appropriately remediated in the public interest, I will not be considered to have successfully complied with this Undertaking.

Of course, this means Peterson would be submitting himself to a process of re-education that would last as long as those inflicting this injustice desire. And yes, this is itself a form of psychological and emotional manipulation.

Peterson is also required to pay for this re-education out of his own pocket, agreeing to be “fully responsible for any and all costs associated” with this possibly endless process. The stated cost is “an hourly rate not to exceed $225…”

Here’s the thing, virtually all organizations in this country with any levers of power are run by the left so if your profession requires licensing in any way, they have power over you. The fact is that if they can get away with doing this to someone as well known and respected as Jordan Peterson they will not hesitate to do it to you.

Think of doctors and nurses who tell the truth about the Covid vaccine or about lockdowns being ineffective. Will they risk losing their license?

What about if you say there are two genders and only two genders? Something tells me that statements like that will be considered unlawful by many licensing organizations, including nurses, doctors, psychologists, social workers, etc.

This is head on a pike politics. This is them saying “look what we did to Jordan Peterson. Now kneel before your masters and remain silent or else we may notice you and you don’t want us noticing you.”

This modern fascism will not stop.

“Of all tyrannies, a tyranny sincerely exercised for the good of its victims may be the most oppressive. It would be better to live under robber barons than under omnipotent moral busybodies. The robber baron’s cruelty may sometimes sleep, his cupidity may at some point be satiated; but those who torment us for our own good will torment us without end for they do so with the approval of their own conscience.”