How the Hateful Left Reacted to Republican Congressman’s Injuries. So Telling. 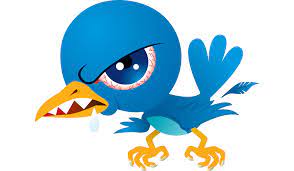 Rep. Greg Steube (R-Fla.) sustained “several injuries” in an accident on his property late Wednesday afternoon, his office said in a statement on Twitter.

“We will provide additional updates when possible,” his office added. “Please pray for the Congressman and his family.”

How does the left react to such news on Twitter?

Rep. Steube &#8216;sustained several injures&#8217; during an accident on his property https://t.co/3yo6sVrvyA
Let’s wait to hear what REALLY happened to this mean-spirited, election-denying GOP congressman.

Possibly a seat up for grabs soon?

Why was this fucking insurrectionist crimminal at home instead of at work? https://t.co/sIenSyxg0W

Oh please let him learn what it's like to be disabled or labeled 'an other' after this fall. Horrible human (my REP), hope it changes him

Rep. Steube ‘sustained several injures’ during an accident on his property https://t.co/5iu87xSlDW via @YahooNews

Fell off the roof? Every woman in the nation is giggling just a bit. Having had this childish moment I hope Steube has a recovery using all the time needed. He won’t be allowed to vote unless he is present. https://t.co/u56rZBdBzd