Christian Bale & The Rape Of Nanking 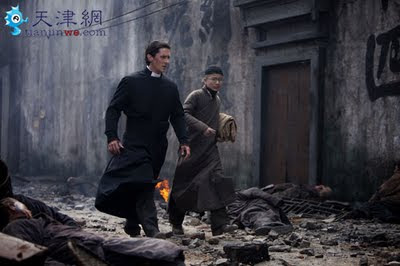 A bit ago, we reported about Christian Bales appearance in a movie in which he plays an American priest in China who shelters prostitutes and students during the horrific rape of Nanking.

Chinese filmmaker Zhang Yimou (Hero) is directing the project which is based on the real life events of the 1937 invasion of Nanking. Now we have our first pictures of Bale dressed as the priest.

The film is scheduled to hit theaters by the end of the year.