Driehaus, Be a Man 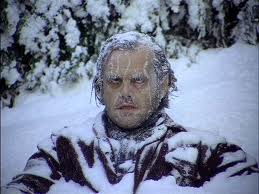 Today, the Susan B. Anthony List filed an appeal in one of the most important cases currently in the courts. As you might remember former Representative Steve “Crybaby” Driehaus’ filed a defamation lawsuit in the Sixth Circuit Court against the SBA-List for ads they ran against him. He said their ads caused him a “loss of livelihood” because he was voted out.

Hey Driehaus, actually the voters did that. Why don’t you sue them?

A loss for the SBA-List would chill free speech in the country. It wouldn’t just chill it. Free speech would end up like Jack Nicholson in The Shining.

If Driehaus wins, judges will decide if your political ad could subject you to a fine or even jail time. (Thank goodness we know judges are impartial, right?)

The SBA-List ran ads pointing out that Driehaus’ vote for Obamacare was a vote in favor of taxpayer funding of abortion -which it was. Don’t believe me, ask HHS Secretary Kathleen Sebelius who said as much.

“The idea that a judge would take it upon himself to police speech, specifically statements on a position taken by the majority of the U.S. House of Representatives, The Congressional Research Service, the Catholic Church, and the entire pro-life movement, shakes our Constitutional foundation. It is as if we woke up in the middle of Orwell’s 1984…The blatant disregard for the First Amendment and the Constitutional right of people to speak out against the actions of those elected to represent them is an outright assault on free speech.”

Driehaus is tearing freedom up so bad the Constitution needs a safety word. The case is so dangerous that even the ACLU is on SBA-List’s side in this. I mean seriously, do you know what kind of weenie you have to be to get the ACLU to side with the pro-life SBA-List? A Driehaus kind of weenie.

Seriously, if this guy donated an organ to Richard Simmons it would be rejected for not being manly enough.

But let’s face it, Driehaus isn’t acting alone here. The way I see it, he’s pretty much the hit man of the left. The left is out to silence the SBA-List because more than anything they can’t have truth being spoken. Not about life. Not out loud. Not in public. Not now. Not ever.