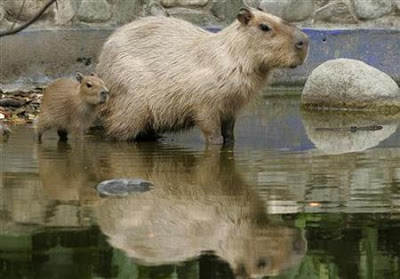 A giant South American rodent weighing at least 100 pounds was spotted at a waste-water treatment facility in California recently before disappearing in the brush, says Reuters.

And the Dread Pirate Roberts said he didn’t believe they existed. I guess we should be looking out next for the six fingered man.