Hot Mic: Boehner Tells Veep His Wife is the Cutest 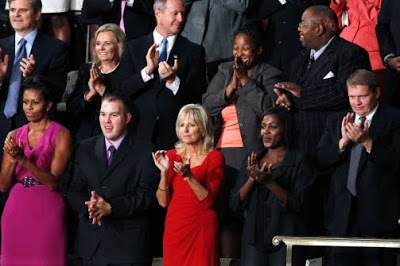 Oops. Picked up on a hot mic the night that Obama spoke to Congress, was John Boehner telling Joe Biden that the Vice President’s wife was the cutest one in the row.


My first thought after watching this was that I hoped Barney Frank wasn’t in that row because he worked really hard to doll himself up that night. He’ll be crushed to hear that comment.

And then I saw who was in the row. Oops.

Dude. It almost looks like she heard it, doesn’t it?