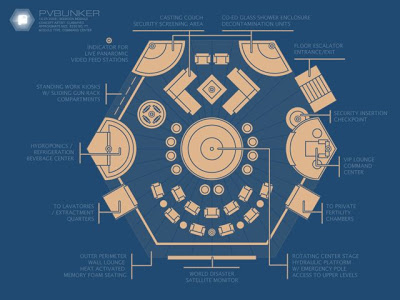 The bunker reportedly will have room for more than 1,200 people. So on the night in 2012 when they suspect the world will end they plan to have a fully stocked bar and a stage for God knows what and, of course, cameras recording it all.

These guys might just be future Darwin Award recipients.