Irony Is Lost On Them 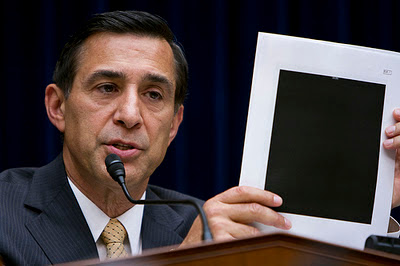 Remember how then candidate Obama promised the most transparent administration evah?

Among the promises he made was to post all bills online well in advance of a vote. What we didn’t see was the fine print caveat that said “unless people will hate it but we still want to pass it.” Yeah that.

Now, the administration is stonewalling over Fast & Furious including this legendary redacted document turnover.

Well, as it turns out, this pattern of transparency was no accident.

On Dec. 7, 2009, the administration conducted a meeting that focused on transparency in government, as per Obama’s promise. After some debate, they decided to hold the meeting–IN SECRET.

The secret transparency in government meeting. Priceless. Irony is lost on them.