Do You Feel Lucky, Punk? 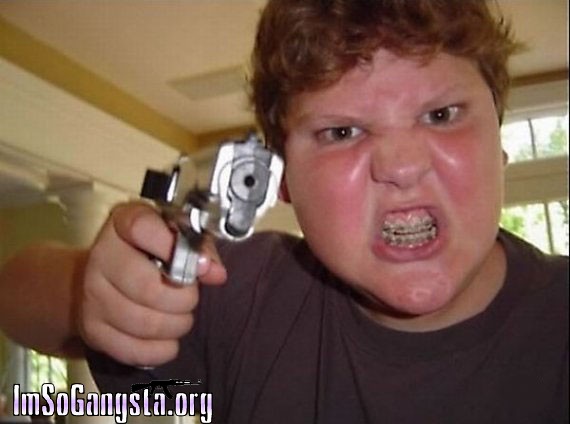 You don’t tug on Superman’s cape, you don’t spit into the wind, you don’t pull the mask off the ol’ lone Ranger, and you don’t joke about stealing a kid’s Halloween candy.

A 10-year-old Aiken trick-or-treater pulled a gun on a woman who said she would take his candy on Halloween.

According to a police incident report, the 28-year-old victim told authorities she recognized some boys from her neighborhood while they were trick or treating near Schroeder and George streets around 6:30 p.m. and jokingly told them she would take their candy.

One 10-year-old in the group of approximately 10 juveniles responded with “no you’re not …” and then pointed a 9mm handgun at her.

I think if all the kid had was a bag of DOTS or taffy, this is a complete overreaction on the kid’s part. If he had those bite-sized Musketeers, no sense taking chances.