Proof Newt Still Doesn’t Get It. 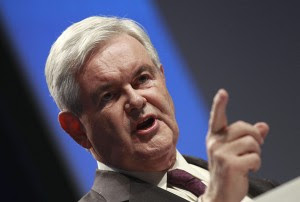 Read Newt’s debate defense of his past support of an individual mandate and then I will have some comments.

The original individual mandate originally was developed by Heritage Foundation and others as a method to block HillaryCare in 1993, and virtually all of us who were conservatives came to the conclusion that, in fact, it was more dangerous and more difficult to implement and guaranteed that politics and politicians would define health care. And that’s why virtually every conservative has, in fact, left that kind of a model.

So basically he came to the conclusion that the individual mandate would not deliver the promised results and so he abandoned it. But here is my problem, what if it did deliver the promised results? So what? The idea that the federal government has no such power and no such right does not even enter into his thinking. Fundamentally, Newt has no problem allowing the government to overstep its bounds and tell you what you have to do as long as Newt thinks it is a good idea.

Additionally, it is lost on Newt that he is now daily telling us how he has changed his mind on this or that and that those bad ideas could be law under Newt’s leadership whether it is the proper role of government or not, constitutional or not. It is one thing to be an arrogant intellectual slut when you are merely a pundit or a lobbyist, quite another when you are president.

Again, fundamentally Newt has no problem allowing the government to overstep its bounds and tell you what you have to do as long as Newt thinks it is a good idea. Newt is no conservative. Then or now.